Remediating a highly contaminated candy and cookie factory while taking care to protect its architectural elements.

The History of the Factory

Known as the “Sunshine Palace,” the McCormick factory was constructed in 1913. It was one of the first large industrial factories in London and played an important role in the development of the city.

At its peak, over 1,000 people worked in the factory on a typical day, producing 135,000 pounds of candy and 100,000 pounds of biscuits. Amenities inside of the factory included croquet, a tennis court, baseball field, and lawn bowling on the extensive grounds.

The factory operated as a candy and cookie factory under various corporations until 2006. The site has been vacant since the last company, Beta Brands Limited, went into receivership in 2008. In 2014, the property was designated a heritage site by the Ontario Heritage Act.

Sierra Construction of Woodstock, Ontario bought the 5.3-hectare property the same year as this designation. The building was derelict and the land needed to have soil removed and cleaned to make way for a proposed mixed-use development.

In order to make the property safe for habitation, all of these materials needed to be removed and all of the contamination needed to be contained. Because the building was a heritage building, care needed to be taken to ensure the heritage elements remained after the abatement and demolition were complete.

With proper remediation and abatement complete, the site is now in the first phase of a multi-year plan to redevelop the 93,000 square metres of building space. Now renamed 100 Kellogg, the property is slated for a variety of uses, including office, warehouse, light industrial, recreation and retail. A seniors’ housing development is planned for the rear of the site. 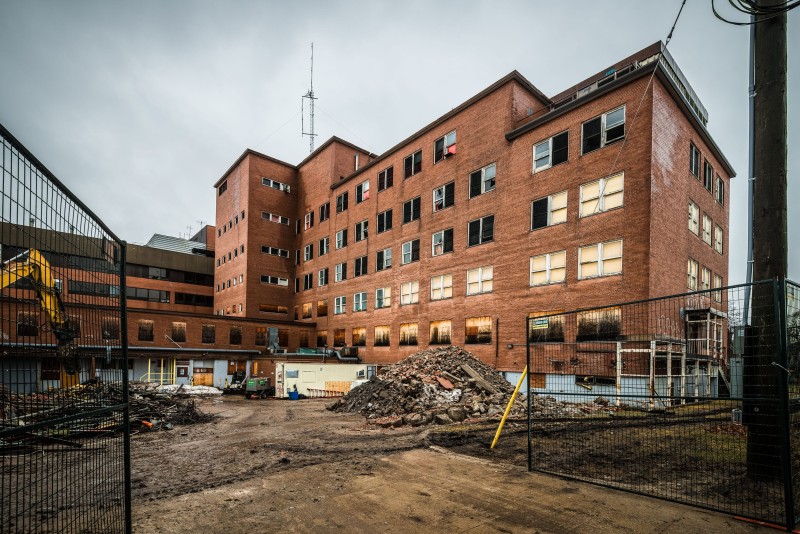 Complete demolition and abatement of a vandalized hospital, including meticulous concrete and metal recycling.

A rapidly deteriorating bridge across the Welland Canal dismantled and recycled in record time.